The tab is a raw material for lithium-ion polymer battery products. For example, mobile phone batteries, Bluetooth batteries, laptop batteries, etc. used in our lives all need to use tabs. 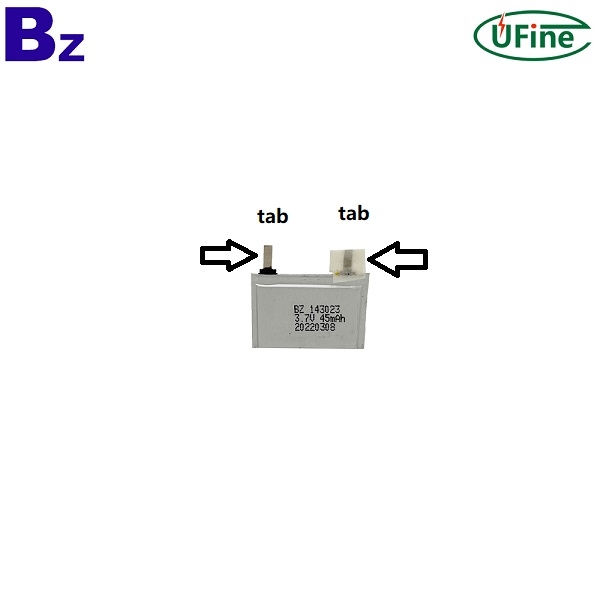 The film is the insulating part on the tab. Its function is to prevent the short circuit between the metal strip and the aluminum-plastic film when the battery is packaged, and is heated (about 140°C) to be hot-melt sealed with the aluminum-plastic film to prevent the battery from being short-circuited. Leakage. A tab consists of two sheets of film sandwiched by a metal band. There are three types of film used in the market: black glue, white glue and single layer glue. The commonly used black film has a three-layer structure: melanin, melting point at 66°C; PE, melting point at 105°C; PP, melting point at 137°C.

The finished packaging of the tabs is divided into disc type (the whole metal strip is wound into a disc after passing through the equipment and the film) and plate type (the metal strip is added with the film and then cut into individual pieces, and then placed in rows with two A thin transparent plastic sheet is sandwiched in the middle).

The electrodeless ear battery is actually a battery without a motor interface and a Tab. It is essentially a lithium-ion battery. Therefore, this is not a new principle battery, and its innovation mainly lies in the arrangement and power extraction of lithium-ion batteries.

Although the shape of the electrodeless battery is similar to that of an ordinary battery, it is also cylindrical, but its internal structure is completely different. It is made by stacking the positive and negative electrodes and the battery chemical materials in the middle into thin films, and then rolling them up.